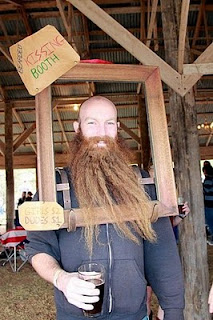 “Are we nearly there yet?” At the last update we were waiting for a council decision regarding the planning application for our new brewery site at Lower Heyford. The council has spoken and they have asked for a lot more information regarding possible wildlife on the site, the traffic implications and several other very detailed reports. Feeling like prospective son-in-laws being quizzed about our intentions and future prospects we have been working to compile answers to all these new requests. By mid March we will have re-submitted the application and should hopefully have a clear run to a positive outcome. It has been a long process so far and we still have a long way to go. There are a great many hurdles to jump in order to start a new business these days.

As well as working on the planning process we have been strengthening our business and are delighted to say that the team has been enhanced by the addition of a new member. He has a PhD in bio-chemistry, experience in sales and brewing and an unhealthy level of interest in yeast! We have an excellent team in place now and are very keen to get started.

Meanwhile, in the development brew lab I have been trying out a number of different beer recipes. Many brewers have recently been working on beers to see ‘how strong can you brew’? It is really only possible to ferment up to a maximum of about 20% using specially trained crack teams of super yeast. Those Scottish beers claiming to go higher are actually cheating and using a clever form of distillation by freezing. So, using a huge amount of raw materials I mashed in a very stout beer and fermented it with some of the toughest yeasts. In contrast to the super strength beers, the question begging to be asked is, ‘How low can you go’? With a proposed reduced duty rate for beers below 2.8% you will probably see more beers down at this level in the future. So I have also tried brewing small beer to see if it’s possible to get some taste at this end of the scale. I wait with much anticipation for the first taste of the Super Atrous Stout and Minium Mild.

We recently had the pleasure of spending a ‘scratch and sniff’ day at Charles Faram, one of the country’s leading hop merchants. A veritable smorgasbord of hops was laid out before us and we rubbed and sniffed our way through over forty varieties. The vast palette of aromas and flavours is astonishing: refined English floral and korma spice, through to very potent tropical fruit and vindaloo arrogance. Like the spice trade, many of these exotic hops come from the farthest corners of the world. The flowers of the female hop bines provide brewers with an infinite range of flavours and even different textures. The selection of the hop variety can even influence how the beer feels in the mouth as you drink it.

Over at the Windsor and Eton brewery a whole Commonwealth of hops has been used to create a special Royal Wedding brew which tastes of tropical fruit punch. The flavours are not from additives but from a clever cocktail of hops. This beer will be ready in time for all those bank holidays in April.

Until the next update, happy drinking.