The launch of Long Crendon cider will take place at the Eight Bells pub, Long Crendon, Bucks during the 2014 Easter Beer Festival, a fitting venue as the cider is produced at Long Crendon Manor and sold exclusively through XT Brewing Co, who are also based in the village.

Cider has been made at Long Crendon Manor for a number of years using their own orchard apples for household and local consumption. However, when XT started brewing beer they also took an interest in the artisan cider from the other end of the village, which had previously only been available in the Manor kitchen or occasionally the Eight Bells and the Cross Keys in Thame.

It was Spring last year when alcoholic coercion from Russ and Gareth of XT morphed into business planning by Tim and Sue at the Manor to move on from the old hand scratter and butterfly press to an electric miller and a brand-new Voran hydraulic press. Supplied by Vigo, the twin bed press is capable of providing a force of 380 Bar (that’s a whopping 5,500 Psi!) to extract the juice from the apple pulp. This means that the process is very efficient and the apple pommace which is left over after pressing is perfect for being fed as a supplement to the Gloucestershire Old Spot and Large Black rare breed pigs at the Manor.

Apples sourced from the Manor and a number of local orchards are harvested in the summer to produce a medium dry cider. Still and clear, it has an ABV of 5.5% and is appropriately called: Late Summer cider. These apples are hand-picked (good quality wind falls are fine!) and are usually left for a week or two before crushing and pressing which allows the natural yeasts and acids to get to work under the skin.

The Autumn varieties are made primarily using the famous Dabinett cider apple from Herefordshire. Again, according to the time of harvesting the apples, the three Autumn ciders on offer are: Early Autumn, Mid-Autumn and Late Autumn. Strengths are also 5.5% ABV and the tastes Medium Dry, although the Autumn ciders have a very different colour and flavour to the Late Summer cider.

Packaging this year is in 10l and 20l polypins available through XT Brewing Co.

The significant investment in the cider process at Long Crendon Manor means that production volumes this year will be significantly greater than last year to provide a larger and broader offering in 2015. 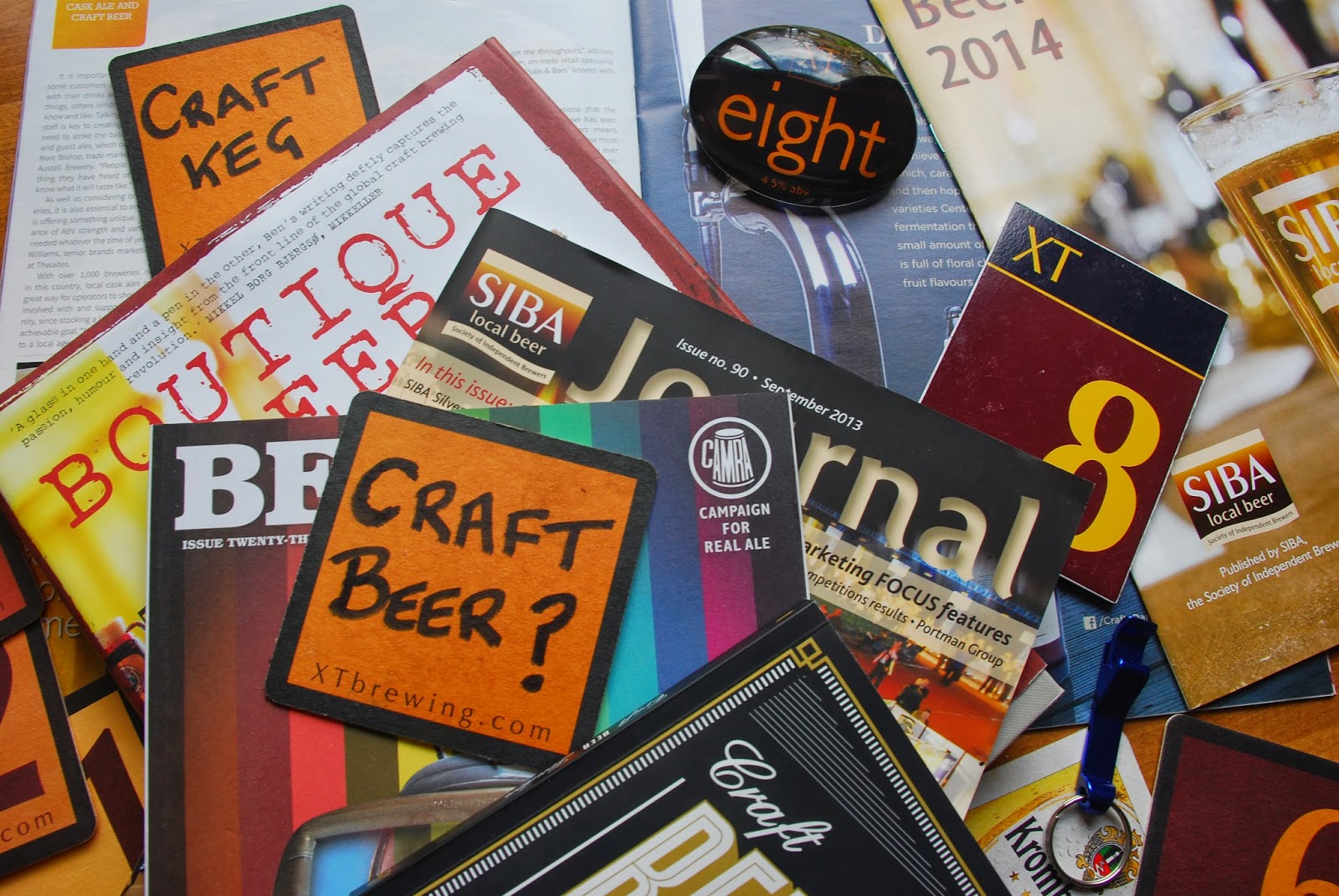 So What is Craft Beer ?

Recently there has been a lot of heated discussion about this seemingly simple phrase. Both CAMRA and the Brewers Association SIBA are talking at length about how this term should be used and what it ‘means’. So why is it a hot topic? The phrase ‘Craft Beer’ is being used more and more and has started to be associated with beers from a wide range of breweries from very small to the global giants. Compare this to another phrase which has been around for a while and which has significant meaning to readers of this blog, ‘Real Ale’ – this by contrast is a carefully defined term - where secondary fermentation occurs in the beer barrel after the main brewing process. The strict definition gives you the consumer a degree of security; it means that you know what you are getting.

There has been craft beer since the dawn of civilization but the term is gradually taking on a more particular meaning and is being used in connection with beers that have more character and flavours than the mainstream products. Generally speaking your local microbrewery will be producing Craft Beer – beers which are full flavoured and interesting. However as this phrase passes into the general beer language we have seen more of the big players jumping on the bandwagon and producing their own so called Craft Beers. There is a danger that the boundaries are blurring and the small scale local beer revolution we are currently enjoying is being hijacked by the brewing giants.

So what are the characteristics of a ‘Craft Beer’?
Small – small scale production
Independent – the brewery should not be part of a larger group, and ideally an owner-brewer company.
Authentic – the beer should be brewed with all high quality natural ingredients, where taste and flavour are a higher priority than cost per unit. The beer should be honest about its origin and ingredients.

The other reason for the increasing use of the term Craft Beer is its connection with the new-fangled Craft-Keg beers. This new term has developed for much the same reason CAMRA introduced ‘Real Ale’ to our language. Back in the sixties and seventies ‘ale’ became increasingly devalued and its quality spiralled downwards – hence CAMRA added a prefix to differentiate a traditionally crafted beer from the industrially produced rubbish.

What is this Craft Keg stuff then? CAMRA promotes and protects cask conditioned real where the beer is still ‘alive’. These are beers served from traditional hand pumps, the beer lasts 3 or 4 days once it has been tapped. This method of production was being phased out by the industrial brewers in the sixties in favour of easy keep keg beers. Keg beers such as lagers and bitters like John Smiths Smooth are served under gas pressure through taps and the beer lasts for several weeks once in use.

Keg beers are generally produced by the large brewing groups. They are filtered and pasteurised to kill all life in the beer and then the beer is artificially gassed to make it fizzier than Real Ale. CAMRA’s bête noire are the keg bitters which historically pushed Real Ale out of pubs across the country. These beers like Watney’s Red Barrel and Double Diamond were brewed for ease of distribution and dispense, all at the expense of taste or character. Rubbish In Rubbish Out - regardless of the method of dispense.

We are currently in the midst of a beer revolution and today’s craft breweries are producing an ever widening range of beers. In order to be able to offer an even greater range of beers many of the more progressive brewers have looked again at offering keg beers. A beer served in keg lasts longer than a cask beer enabling pubs to have more beers on offer at any one time. Keg also provides the opportunity to produce more unusual, much stronger or challenging flavours in beers – where a cask might be too slow selling in most pubs.  The character of some stronger beers or heavily hopped beers can also be enhanced in a keg. The differences between a Craft-Keg and standard keg beer are huge – hence the need for a new term.

At the XT Brewery we produce traditional cask conditioned beer – that is what we do and it will always be the vast majority of our brewing. Cask beer is an amazing product and cannot be beaten for flavour, however to complement the cask beers, we are developing a range of Craft Keg beers – these are brewed in exactly the same way using the same high quality ingredients, the beer is filled into keg totally un-filtered and certainly not pasteurised – it is still living as Real Ale and allowed to condition and age naturally in the keg. As the beers are not filtered of all their life, they will also not be as crystal clear as a keg lager. All of the character and flavour of the beer goes into our keg process. The reason for us to use kegs is so we can work with more unusual styles or stronger beers – in complete contrast to the reasons for keg beers of old.

There’s a lot going on in the world of beer these days and it is important that consumers understand what they are drinking. The choice of beers will continue to grow and it is likely you will see more Craft Keg beers alongside an increasing range of cask beers, for either method of dispense - if it’s made by a small, independent and authentic - craft brewery – why not give it a try?
Posted by XT Brewing Co at 13:48 No comments: