A Magical History Tour of Beer and Brewing in Oxford

Britain is enjoying what would seem like a golden age of beer and brewing with many new breweries and beer styles on the market. But go back to the turn of the last century and we had possibly the greatest period of brewing growth and widest variety of beers ever.

Oxford in the nineteenth century had a great many commercial and college breweries. Several of the larger ones were clustered between the station and the castle. This was Oxford’s Brewing Quarter and its industry lasted right up until 1998. Taking a walk around this part of the city there are a few reminders still to be seen of the brewing trade.

Starting opposite the station walk along Becket Street; this was where Hanleys Brewery Maltings once stood, the large buildings ran along near the railway yard now the car park. Head through the church yard and follow St Thomas Street past what was once the Chequers Pub.

Follow the street and you will soon come to the gates of the former Morrells Lion Brewery. The site is now flats, but the yard, gateway and some of the buildings have been preserved as has the brewery chimney standing beyond.  To the left of the gates stands the former brewery tap and the little bridge opposite crosses a small stream which once powered the water wheel of the brewery. 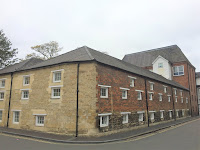 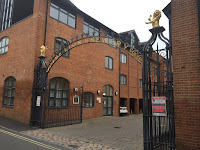 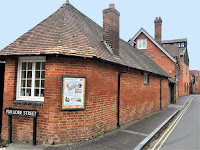 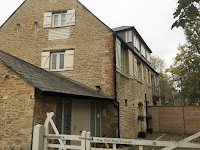 Standing at the cross roads on the Quaking Bridge you can see the Horse Hospital where the Morrell’s dray horses were cared for. The Georgian town house on the corner was the home of a former brewery owner Mr Tawney. Alongside the river, much of Fox Maltings still stand. Look for the low windows and shallow floors.

Now walk down Paradise Street and turn right onto the path which runs by the stream, this whole area was the site of the Halls Swan Brewery. At the end of the path the Swan Maltings still stand, now converted to housing.

Head back along the stream to Park End Street where all along the south side of this road once stood brewery buildings: Phillips Tower Brewery and Weavings Eagle Steam Brewery. The last part to remain was the Halls Brewery depot near Frideswide Square and the Jam Factory.Now go past the castle towards the Westgate and along Queen Street, the building now housing Top Shop was once the offices of Halls Brewery. The entire area behind this street was once the Hanleys City Brewery. A small part of it still remains and is now the Museum of Modern Art – it’s free to look around upstairs in what were once the fermenting rooms. 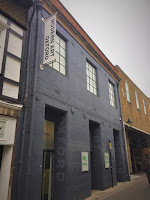 Beyond the brewery quarter there were many more areas involved in the making of beer:

North, off Woodstock Road behind the Radcliffe Observatory, was the St Giles Brewery now the site of Belsyre Court.

South off Cowley Road behind the UPP cinema and Big Society was Flowers Brewery, here only the dray stables remain and are now used as a garage. 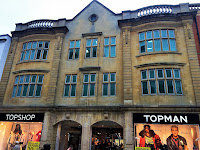 West off St Clements on the appropriately named Little Brewery Street was the Wootten & Cole Brewery, but only the name of the street remains here. Head up the hill towards Headington and the former wealth of the brewing trade is more clearly evident. The whole of South Park and Headington Hill Hall was once owned by the Morrell family, now a public park and part of Brookes University. 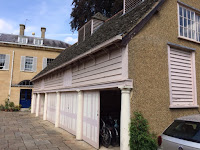 As well as the commercial brewers, many of the university colleges made beer through much of their history, most noted being New College and Brasenose. The last to brew was the Queens College Brewhouse, last used in 1939. The buildings are still standing on the corner of Queens Lane off the High Street. Of course the colleges, abbeys and commercial brewers were making beer way back to the very earliest days of Oxford; unfortunately not a lot remains to be seen of them now. Only Brewer Street off St Aldates gives a hint to just one location of these much older brewers.

More recently some smaller brew pubs have come and gone: one at the Red Lion on Gloucester Green, called variously the Oxford Bakery & Brewhouse, under the revived Halls Brewery brand, then latterly Fuggle & Firkin. The City Arms on Cowley road was for a time brewing as the Philosopher & Firkin.

Of the breweries mentioned: Hanleys, Phillips, Wootten and Weavings became part of Halls, which then became part of Allsopps, later Allied Breweries and now Carlsberg. There are still many ceramic plaques on pubs around the city bearing the Halls hare logo. Morrells Brewery closed in 1998 and the beer brands were bought by Marstons and the pubs by Greene King.

Brewing in Oxford is still in fine health, there are several independent breweries around the city and many of them are part of the Oxford Brewers Alliance. The Alliance seeks to increase awareness in Oxford of the range of high quality locally produced beers and the brewers committed to that craft. 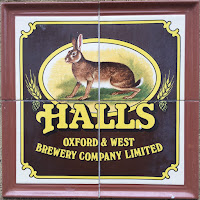 With thanks to the following sources: