The Apprentice – Birth of a Micro Part III 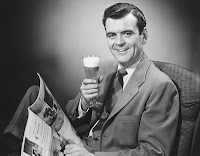 Do you get used to the early starts? A day in the life of a brewer begins early in the morning, as I have been finding since working with the Windsor and Eton Brewery. Willie and Paddy, of this great new brewery serving the environs of the famous castle, have been amazingly helpful and supportive of our new venture. Through them I have been learning the ways of the modern brewer and how to make tasty ales such as ‘Guardsman’ and ‘Knight of the Garter’. Unfortunately I also discovered the importance of good gloves when working as a drayman; the scars will remind me that those pesky casks can fight back if you don’t show them who is boss.

It’s interesting how much time is spent actually brewing in a brewery, vs. cleaning, racking, cleaning, delivering, cleaning, tours, book keeping and more cleaning. Brewing is not a glamorous undertaking and I’m preparing myself for a life spent in wellies.

The development of our new build site for the brewery is moving along; we are hoping to get our beer to you as soon as possible. However there are a lot of formalities and practical issues to work through before we can get to that stage, but we should be able to reveal the location and design ideas by the next edition of this magazine. Please feel free to drop us an email if you have any ideas or indeed any other comments on the project.

As part of creating our business plan we have been discussing our ideas with various government agencies to see if financial help is available. You can get as lost working through all the different government agencies as I did trying to find a specific brewery in the new random GBBF layout. However, as you may have found when asking for that well deserved pay rise, it’s never quite the right time and the budget is already as stretched as your favourite 1985 Beer Festival T-Shirt. So we may need to dig a little deeper down the back of the sofa and play ‘Every One’s a Winner’ a few more times.

The local fruit trees and bushes are giving up their annual harvest and I have been wondering if I can turn my little brew lab to making a fruit beer. I have had mixed feelings about some of the overly sweet cherry beers I have tried in the past, but have enjoyed beers made with raisins, so it might be interesting to try a plum or blackberry dark beer. Friends and neighbours have been acting as guinea pigs on some of my prototype work and the fact that they volunteer again suggests the beer isn’t too bad after all. I am sure there is a beer for everyone and have managed to find ales to suit even the most entrenched wine drinkers.

In the name of research I recently headed out west to visit some of the breweries and cider makers there. For example the Ludlow Brewery, Shropshire, makes some mighty fine beers. They are outgrowing their existing site and moving up the road to a beautiful, restored railway shed with three times the production capacity. Near the picturesque village of Pembridge, Herefordshire, Mr Dunkerton’s Cider Mill is in a lovely old farm. His shop, which is housed in a barn so ancient it looks like it was there from when Adam hadn’t tried cider yet, was actually rescued and moved to the site in the ‘70s. Such gems make you realise how lucky we are in this country to have such a diverse choice of regional drinks. 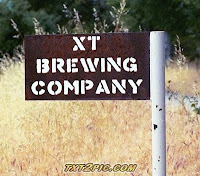 Hope you are enjoying your beer, and if you want something different, I would suggest you sample a fine cask ale or two from Windsor and Eton if you get the chance. So until the next instalment of our story, Happy Drinking!